Dr. Fernando Medeiro, one of the founders of AnaFocus, passed away on March 2nd, 2018. He was 50 years old. Fernando, or Fer, as he was known amongst his peers, students, colleagues, and many friends, was a researcher at the IMSE (Instituto de Microelectrónica de Sevilla) and a professor at the University of Seville, in addition to being CTO (Chief Technical Officer) for Image Sensors at Teledyne AnaFocus.

From the beginning of his career, Fernando demonstrated a great talent and capability as a designer of integrated analog and mixed-signal circuits. He was a pioneer in diverse areas of modelling and the design of sigma-delta analog-digital converters, creating a name for himself and publishing many papers on this subject, including articles in the IEEE Journal of Solid State Circuits, which brought international recognition to his work and established him as one of the leading world experts in this field.

He also authored the highly-sited, Top-Down Design of High Performance Sigma-Delta Modulators, published in 1999 by Kluwer. This book, used both industrially and academically is still an essential reference for students and experienced designers alike, and especially for those looking to delve more thoroughly into the subject.

Furthermore, Fernando’s designs for analog-digital converters were the first mixed-signal circuits produced by the IMSE that were transferred from the purely academic environment to the business world. These electrical consumption counters are still being used today in wireless Modems and automobiles.

Fernando’s desire to bring his knowledge and results to the market place, led him and a group of fellow researchers and professors at the IMSE to create AnaFocus in 2000, with the intent to commercialize mixed-signal circuits and image and vision sensors. AnaFocus was the first start-up borne out of the IMSE, and has firmly established Seville as a center for high-tech on a global scale.

During AnaFocus’ trajectory, from its beginnings to the acquisition by e2v Limited in 2014 to the recent acquisition by Teledyne Technologies, Fernando has been a steering force. His vocation and dedication to constant research and innovation, his rigorous attention to detail, and his practical approach to problem solving has helped distinguish AnaFocus as a leading Company in custom CMOS image and vision sensors, placing us ahead of the competition in both client and technology.

Fernando’s guidance and unrelenting vision laid the foundation for AnaFocus’ winning commercial strategy. And all of Fernando’s many talents, coupled with his warm and caring personality, his patience with others, his sense of humor, and his unyielding optimism gained the respect and touched the lives of all of us who had the honor to work with him. He will be greatly missed, both professionally and personally.

Rest in peace dear friend and colleague; your legacy lives on. 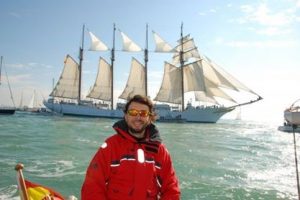 e2v announces completion of the acquisition...

Anafocus announces that it is to...

AnaFocus to display the first worldwide...